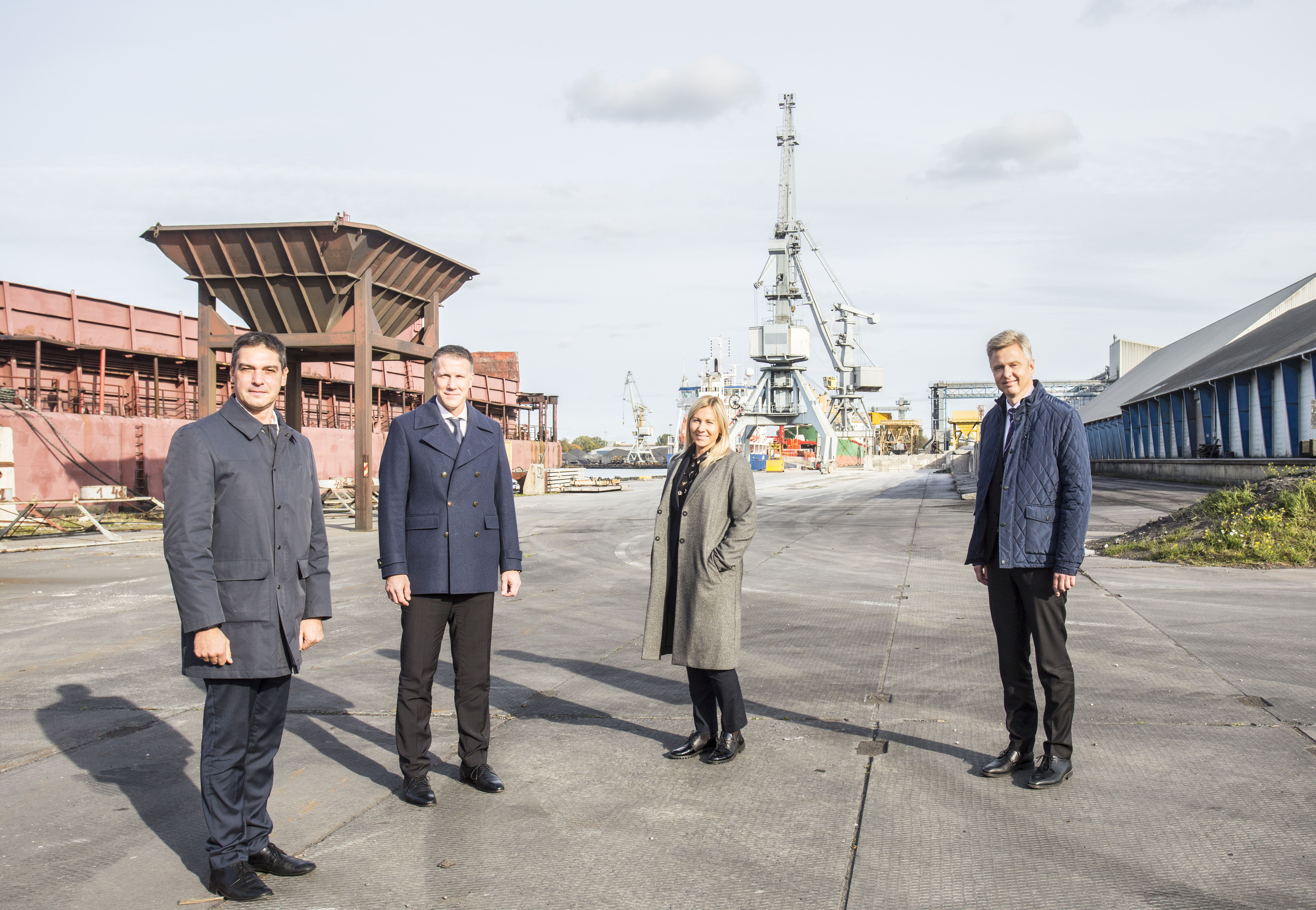 On 20 October, 2020, on a two-day working visit, Liepaja was visited by the Ambassador of the Kingdom of Denmark to Latvia Mr. Flemming Stender. The purpose of the visit was to meet Danish company executives and representatives, which are working in Liepaja. The Ambassador started his visit by meeting the management of the Liepaja City Council and the Liepaja SEZ Authority, visited the Port of Liepaja, where he was welcomed by Ms. Evita Dambe, Director of Cooperation and Logistics at the Danish owned grain terminal LSEZ AS DanStore Ltd., further on he visited the Karosta  Industrial Park and the management of the Danish company LSEZ Jensen Metal Ltd. The Ambassador also visited the Liepaja Industrial Centre which can reasonably be considered as a business incubator for entrepreneurs from Denmark.

Today, out of approximately 2600 business companies in Liepaja, 37 or 1.4% are Danish owned, giving jobs to more than 1600 employees, which represent 5.5% of all employed inhabitants of the city.

It was the first time, that Mr. Flemming Stender visited Liepaja. The Ambassador highly assessed the advantages and quality of the business environment in Liepaja. Responding to the Ambassador’s question, on what are the main reasons for why the Danish entrepreneurs have chosen and are still choosing to locate their business in Liepaja, Mr. Janis Lapins, Liepaja SEZ CEO emphasized, successful functioning of the Liepaja Special Economic Zone is to a large extent determined by created single business ecosystem of the City – year new financial resources are being invested in the business infrastructure, and entrepreneurs attest, that thanks to cooperation with the municipality and the Liepaja SEZ Authority, they are feeling good and stable in such an environment. It's the best advertisement, you may wish for!