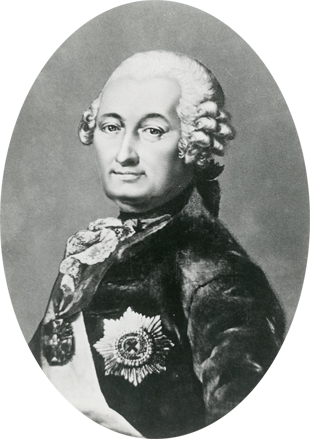 During the reign of the Duke Johann Ernst von Biron, the Kurzeme and the Zemgale Dukedoms became parts of Russia. Foto © Liepaja museum
Year 1814 - 1839
From the shipyards of Liepaja 19 ships were launched mostly for the needs of local traders and fishermen. Yet in spite of the fact that shipbuilding didn’t happen on a large scale many of the local and foreign ships continuously required repairs. Thus local masters accumulated experience that during the town's growth in the second half of the century ensured both their continuous work and good reputation.
In 1821
Pilot tower was built. 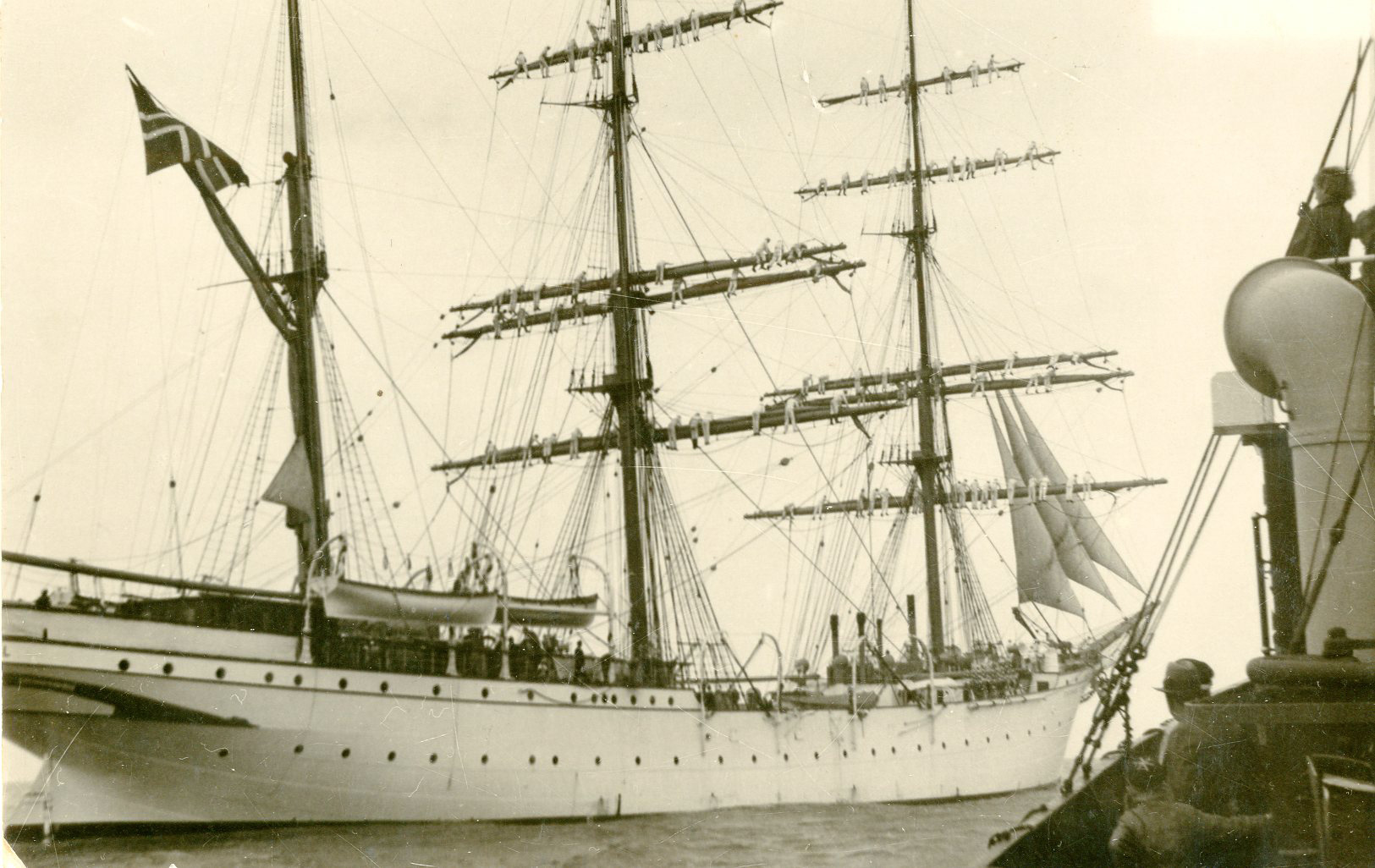 Sailing boat in the Port of Liepaja, second half of the 19th century.
Foto © Liepaja museum
Years 1853 - 1856
Within the context of the Crimean War both Great Britain and France stood united to block Russian ports thus paralysing ship traffic including Liepaja. To avoid trouble, many captains registered their ships docked in the port under flags of other countries. Many shipyard owners sold their ships thus significantly decreasing the number of Liepāja based ships. Eight out of all Liepāja ships were taken over by the British fleet as trophies.
In 1858
Port expansion and reconstruction plan was developed. 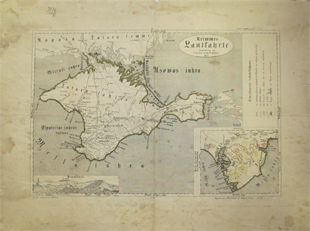 Map of the Crimean Peninsula (Year 1855). Foto © Liepaja museum
In 1861
Execution of port expansion and reconstruction plan was commenced. As a result by 1868 the existing piers were extended:
On the banks of channel a 16-20 m wide wooden quay was built, and the depth of sea road reached 6.4 m. The Port of Liepaja hosted about 215 ships every year.
In 1868
Liepaja lighthouse commenced its work; it’s still running today. Lighthouse was built using cast iron cones made in A. Meinhard’s foundry in Liepaja; lighthouse lantern was brought from England, from the Chance Brothers factory.
Year 1869
The Liepaja–Romny railway construction was commenced. Because of its location and ice-free port Liepāja was turning into a significant port of export of the Russian Empire.
In 1870 the surplus of export goods was so great that the port couldn’t handle it any more and an urgent need arose to improve the port for taking in and exporting grain. Liepaja piers were improved and extended as well. Fully functional traffic on the Liepaja–Romny railway was opened in June 1874; due to port reconstruction turnover in 1880s became stable. 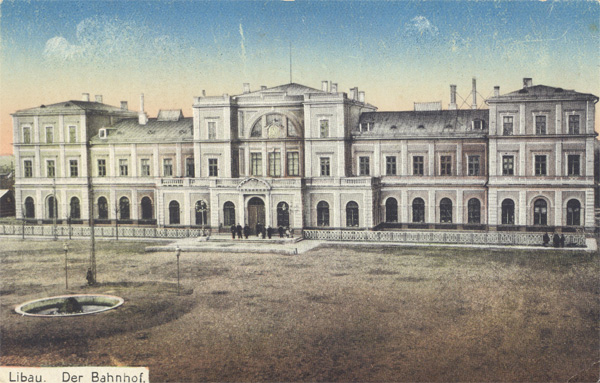 The Liepaja Railway Station in the turn of the 19th – 20th century.
Foto © Liepaja museum 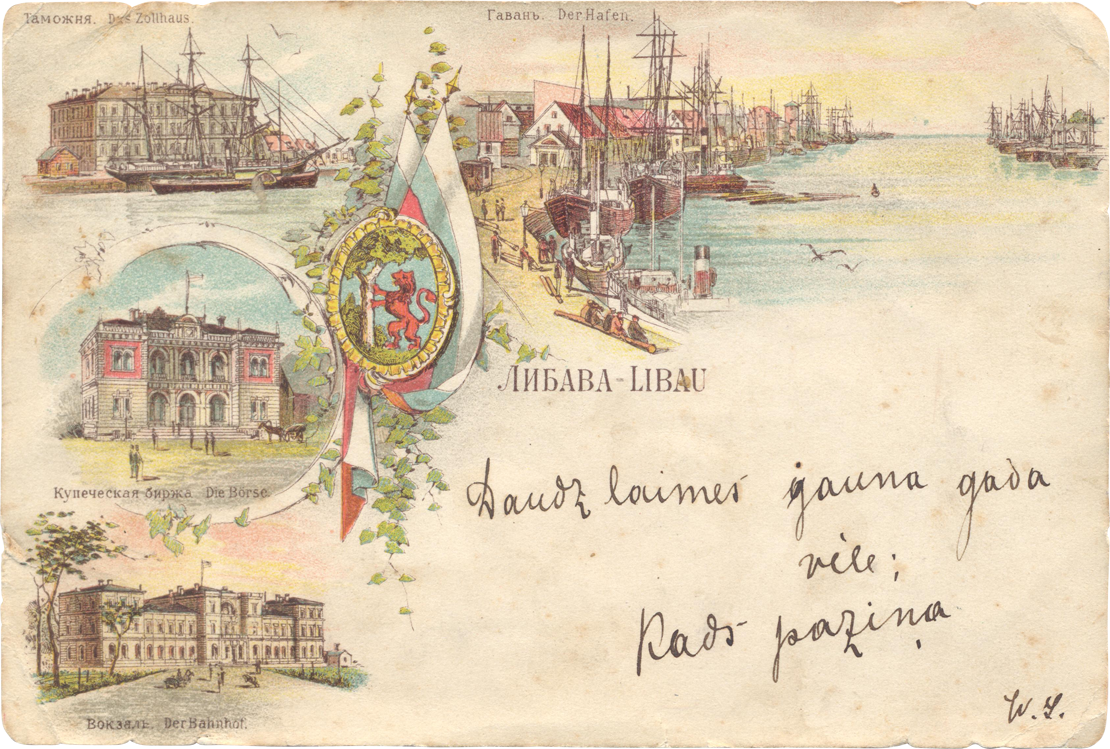 Postcard with the Port of Liepaja, commodity exchange
and the station buildings, end of the 19th century.
Foto © Liepaja museum
Year 1871 - 1875
On average at the Port of Liepaja:
460 ships per year.
1880s
During this decade the Winter port was dug and the Northern and Southern goods stations were built servicing:
300 train wagons a day.
Year 1876
On Krisjanis Valdemars and Christian Dahl’s initiative nautical school was established in Liepaja. Taking into account the long-standing connection of Liepaja residents with seafaring this high-quality education institution opened career opportunities for the Liepaja seamen like never before. Good specialists were educated in this school - later they were employed by the large Transatlantic liners as deck officers and captains; current day Liepaja Maritime College has inherited these traditions of seamen education. 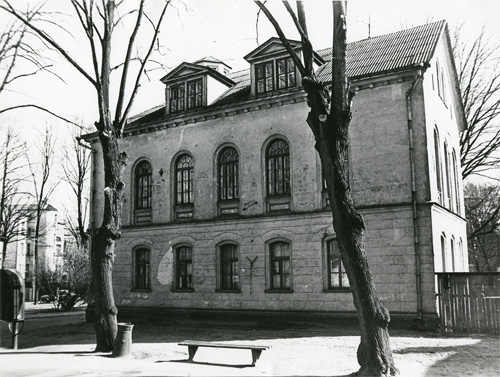 The Liepaja School of Navigation in the Soviet era. Foto © Liepaja museum 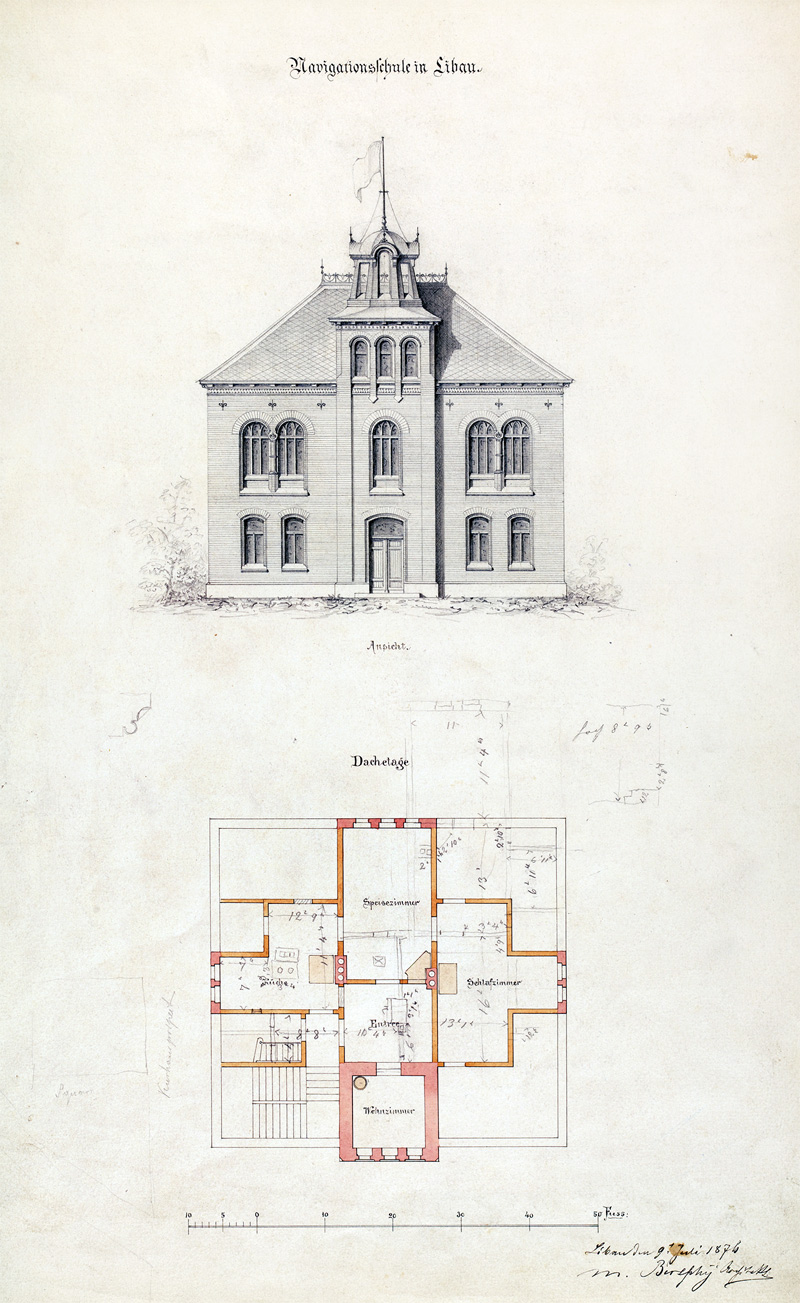 Design of the School of Navigation. Foto © Liepaja museum 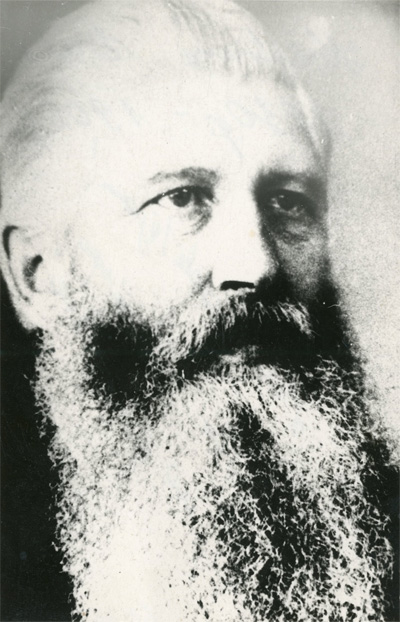 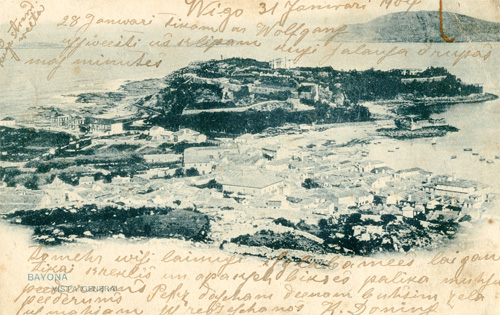 ostcard from Gibraltar, sent by a seafarer from Liepaja to his relatives. Foto © Liepaja museum
Year 1888
Craftsmen and Sailor Guild was established to take care of members suffering from accidents and in need of help. Taking into account the rapid industrialization of the town, various other worker guilds were forming simultaneously to take care of their welfare. 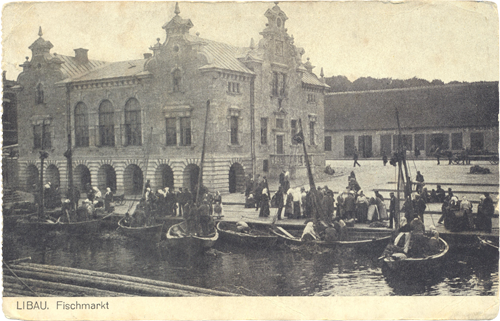 Fish Market by the Workers House, beginning of the 20th century. Foto © Liepaja museum
Year 1892
In Saint Petersburg construction project of Karosta naval base of the Russian Empire was confirmed. Construction of town's fortification system was commenced; its 8 main complexes were made for protection of Liepaja both from the land and sea attacks.
Naval port was built as an autonomous unit - it had its own shops, residential houses, workshops and its own, independent post office. To isolate entrance to Karosta from the commercial port, a separate pier was built in between them. Emperor Nicholas II initially ordered to name the naval port after Emperor Alexander III of Russia to commemorate his father. 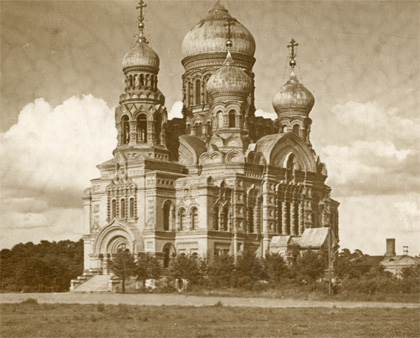 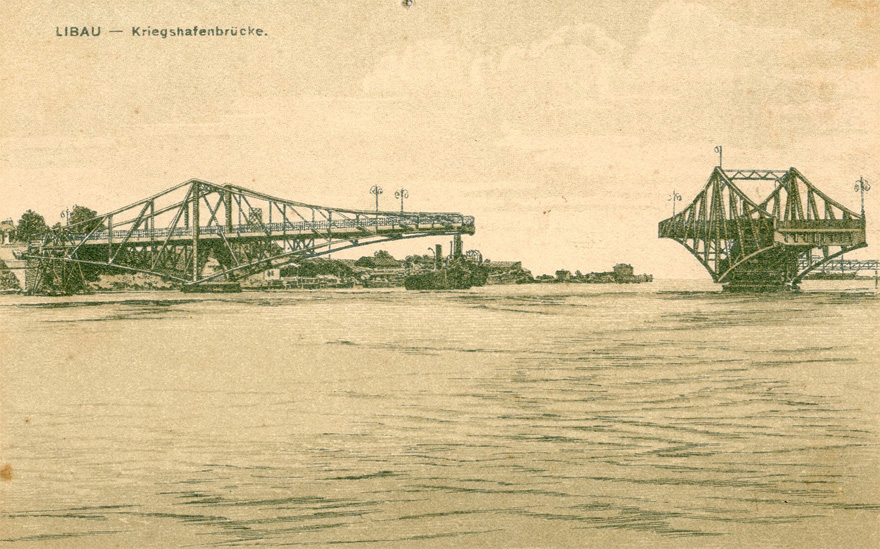