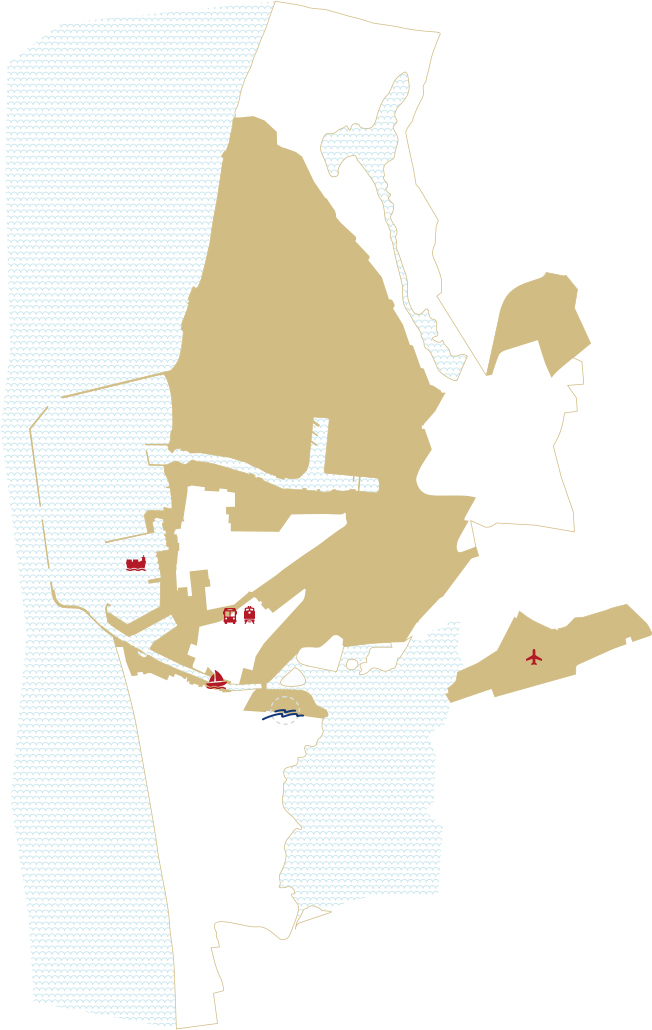 Ice-Free Port of Liepaja
Liepaja is located in Latvia's south-west, on the western coast of the Baltic Sea, 223 km from Riga. The Port of Liepaja is the third biggest port in Latvia. Formerly the Soviet west coast navy base, the port of Liepaja has become an important international transport hub handling the exchange of goods between eastern and western European countries. Over the last ten years, the port's territory has been transformed with the construction of cargo storage areas, modern customs warehouses and cargo-handling terminals.

The Port of Liepaja is a destination point in the cargo-passenger ferry on the route Liepaja - Travemünde (Germany), which is busy four times a week.

The area of the Liepaja port is situated within the territory of the Special Economic Zone, which provides tax reliefs and other advantages to enterprises, which establish their operations there.

Industrial Areas
In 1795 Courland (today – Kurzeme) became a province of the Russian Empire and the Port of Liepaja was used for exports of grain, wood, linen, wool, oil and other products. The peak of the city’s development started with the construction of Liepaja – Romni (today in Ukraine) railway line in 1871.

During the Soviet period Liepaja’s economy received a boost with the construction of large plants and import of labor force from other Soviet republics. One third of the city was a Soviet naval base with 26 000 people of military personnel.

After Latvia regained its independence, Liepaja has worked hard to transform from a military city into a modern port and industrial city that could be marked on the European map. The commercial port was re-opened in 1991. In 1994 the last of Russian Federation’s troops left Liepaja.
Many of the industrial buildings have been renovated and adjusted to contemporary business needs.

International Airport of Liepaja
The Liepaja International Airport is located 5 km from the City centre. The territory of the airport covers 2.2 km2) and is integrated within the Liepāja Special Economic Zone.
There are currently no commercial flights operating to/from Liepāja Airport. On September 20, 2016 the airport was recertified for handling commercial flights after a gap of 8 years. On December 5, 2016, airBaltic conducted a test flight from Riga to Liepaja using their Bombardier CS300 aircraft. On December 6, 2016, it was announced that they would be conducting a further series of test flights in 2017.

Karosta
Karosta - the “War Port” is a neighborhood in the north of Liepaja and it was originally constructed as a naval port for the Tsar’s of Russia during Emperor Tsar Alexander III and Emperor Tsar Nicholas II Reign being over 100 years ago. Later, after World War II and the absorption of Latvia into the Soviet Union, Karosta became the major Soviet Union Naval base in the Baltic region. Liepaja in general was a closed city during Soviet Union times, especially Karosta. Even Latvians needed special permission to enter.

During the Soviet Union period Karosta military personnel, both conscript and officers brought there wife’s and families to Karosta to live bringing the need for more housing. Simple concrete block row apartment buildings were rapidly built. These Soviet era block apartment buildings are present today. Some have been renovated while others are in poor shape with others are abandoned or now being demolished to make room for other buildings or business.