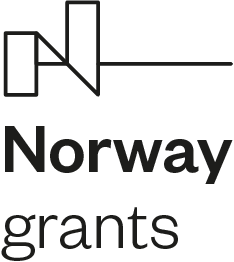 Karosta canal is an artificial building that was established at the end of 19th century for needs of Russian imperia navy fleet. Starting from second half of 20th century for 50 years this territory has been closed zone of military navy force of Union of Soviet Socialistic Republics (hereinafter USSR), which were active in territory of Latvia until their demobilisation in 1994. Karosta canal during period of USSR was exploited without taking into account the possible negative impact on the surrounding environment, e.g., the ships were fuelled improper manner in the canal, as well as there were discharged sewerage polluted by heavy metals and oil products significantly exceeding any allowed norms. In the result of improper administration, the toxic pollution that got in the environment (oil products and heavy metals) have accumulated in sediments of canal seabed thus causing essential ecological threat to the Baltic Sea environment quality. By collapse of USSR and demobilisation of military force in 1994, there is no responsible for the caused pollution, and thus it is not possible to apply the principal norm “Polluter pays” of the law “On Pollution”. Already in 1992 HELCOM mentioned Liepaja Karosta as one of the most polluted military sites in the region of the Baltic Sea, and liquidation of pollution in Karosta canal was included in HELCOM Baltic Sea Action plan. Karosta canal is registered in the Register of polluted and potentially polluted sites under No. 17004/5138 and included in the list of HELCOM Baltic Sea “hot spots” – Hot Spot No. 48 Liepaja city and port.

During period from 1994 to 2010 Liepaja SEZ Authority and State institutions has financed tenths of geo-ecological researches in order to prepare Karosta canal remediation project. The decision on implementation of project Phase I was adopted only in 2012 and by funding of EU Cohesion foundation the project “Remediation of the Karosta canal of the historically polluted site of Liepāja port. Phase I” was implemented until December 31, 2015, whereof the canal in area of 78 ha was cleaned from huge volume of technogenic pollution (metal scrap, concrete mascots, wood, etc.) that was disposed, as well as ~60 000 m3 of polluted sediments were removed from the most polluted section in area of 10 ha, and they were disposed in specially equipped disposal site in Eastern part of Karosta canal. The main objective of project Phase I was removal of technogenic pollution from the entire canal that in fact up to now disrupted any possible manipulations for the further excavation of polluted sediment. In the result of project implementation, the total ecological condition of canal improved – concentration of oil products and heavy metals in sediments reduced for several times, however, the concentration still does not comply to the requirements set in Cabinet Regulations No. 804 “Regulations on Quality Standards for Soil and Ground”. For maintenance of results of project Phase I there was done regular monitoring since 2018. According to Cohesion funding regulations of project Phase I, Liepaja SEZ Authority must finish the removal of improper polluted sediments in the entire Karosta canal until 2023.

In the result of voluminous research done in 2020 there was defined project Phase II on remediation of residual polluted sediments from Karosta canal. In the research there were stated oil product and heavy metal location places in area of 78 ha of the canal. It was stated that particularly the polluted sediments are located mainly directly in the canal shipping zone in area of 36 ha, as well as it was stated that sediments located in the canal slopes are also polluted and they are related to resistance of canal slopes, due to what they cannot be processed within the project. Basing on the research and analysis, as the main objective of project Phase II it was set to excavate the volume of polluted sediments that is located in canal shipping zone in area of 36 ha and exceeds the border volumes “B” and “C” stated in Cabinet Regulations No. 804. To reach the objective of the project it is necessary to excavate ~200 thousand m3 of polluted sediments from Karosta canal seabed and deposit them in specially equipped deposition site in the Eastern part of Karosta canal.

In the result of the project 68,535 residents of Liepāja city will further not be exposed to the risk of historical pollution, because 400 t of hazardous chemical substances that were hidden in sediment will be taken out of Karosta canal and in the result of it the ecological condition of the sea and the quality of the surrounding environment will be significantly improved and peril to health of the city residents and environment will be eliminated.

The project will promote the objectives and activities of the Helsinki Commission (HELCOM) Baltic Sea Action Plan – restoring the good ecological condition of the Baltic Sea – ensuring marine ecological diversity and dynamism, cleanliness, health and productivity in marine environments, where it is used in sustainable manner, preserving the potential of marine water usage for current and future generations.

In order to achieve the added value for the society, LSEZ Authority has chosen the partners who are competent in the ecological projects of the sea and inland waters and for long period of time has made contribution in the scientific research in this area, explaining to the society the close link between human health, environment and sustainable resource usage.

Public awareness facilitation campaign in the project will be provided by the association “Baltijas krasti” (hereinafter in the text referred to as – Baltijas krasti), which’s activities are related to quality of the Baltic Sea environment, coast erosion and integrated coast planning, climate and resource policy, biological diversity, ecosystems and serviced rendered by it, as well as the association has significant experience in the project communication, administrative, technical and finance management both locally and in international level. Since 2010 Baltijas krasti is a participant of international organization “EUCC Coastal & Marine Union”.

Experience exchange among partners in project will be provided by: Norwegian Institute for Water Research (hereinafter in the text referred to as – NIVA). NIVA is a leading Norwegian institute for fundamental and applied research on marine and freshwaters. Institute researches cover wide range of environment, climate and resources related sectors. NIVA world class competence is multisectoral and wide scientific activity. NIVA unites research, monitoring, assessment, problem solving and consultation services on international, national and local level.

Project “Remediation of the historically polluted site at the Liepaja Port Karosta Canal” is implemented within the Norway finance instrument program of 2014 – 2021 “Climate change mitigation, adaptation and environment”.

Project is implemented within the time period of 1st August of 2021 until the 31st December of 2023.

Working together for  a green Europe.